I consider myself extremely lucky that I got to learn cursive writing in school. Much to my dismay, many states across the country have recently reduced or even removed the cursive instruction from schools. It’s such a shame for that beautiful art to be left to die.

And it’s not only about the looks. According to the latest research, learning cursive writing trains the brain to integrate visual and tactile information. It hones the fine motor skills of kids, which should prep them for all sorts of delicate professions.

In an effort to revive that mesmerizing art, I thought I should review the best pens for cursive writing. Without any further ado, let’s get going!

As an Amazon Associate I earn from qualifying purchases.

How does every pen write? How easy is the refill? Are there any downsides to consider? These are some of the questions that I’ll answer in each of the following reviews. 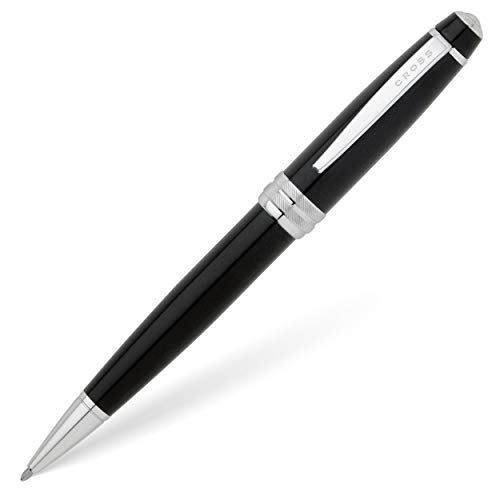 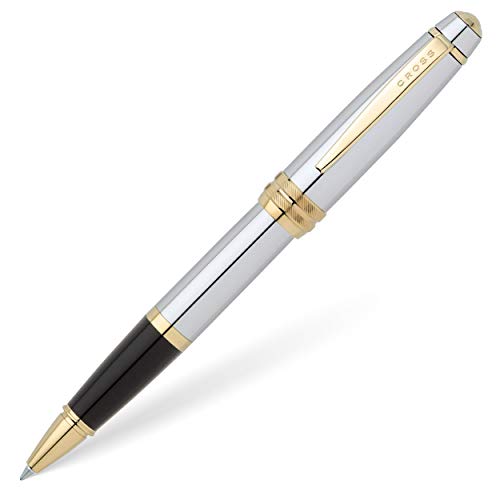 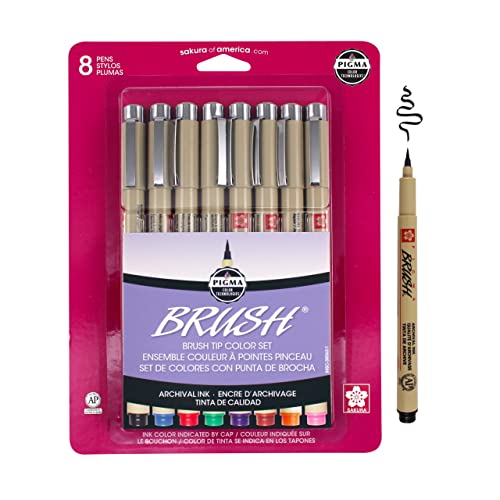 Let’s take a closer look at five great pens for your cursive handwriting.

I know what you’re probably thinking — fountain pens don’t exactly seem that friendly, I’ll give you that. But in reality, they’re not complicated at all. In fact, most people prefer them over ballpoint pens owing to how smooth they slide over the paper.

The thing I like the most about the Metropolitan pen from Pilot is its ink-control system. This feature makes it suitable for beginners who worry about the possibility of spills.

I also like that it comes with a fashionable, classy box and a black ink cartridge. Despite all these perks, it costs way less than other elaborate models.

The process of changing or refilling ink cartridges often intimidates people who’re considering fountain pens for the first time. If this has been one of your concerns, I think you’d love that package from Pilot.

Since the package contains five pens for a strikingly affordable price, you can just throw the pen away after its ink runs out. The body is made from clear plastic so that you can prepare yourself well before the ink dries.

And just like the Metropolitan, Pilot equipped this pen with the ingenious Japanese nib that keeps ink spills at bay.

Unlike fountain pens, the ballpoint alternatives excel in terms of portability and convenience. They’re valued by students and businessmen who want something to use on the go. If that’s what you’re after, you won’t find anything better than the Bailey collection from Cross.

This pen combines the practicality of ballpoint pens with the elegance of fountains. It comes with a black lacquer finish with a shiny chrome trim ring and clip. Honestly, I expect no less from Cross, the company that was founded by jewelry makers and luxury artisans in 1864!

And of course, you can buy black, red, or blue refills once the one you have runs out.

Can’t decide between ballpoint and fountain pens? Well, in that case, this rollerball pen from Cross will have the best of both worlds.

It has a ball bearing just like any ballpoint pen. However, it’s filled with gel-based ink. This makes for much richer cursive writing that’s comparable to the elegant fountain pens.

Just like the previous pen, Cross really puts other pens to shame with its amazing design. The barrel is colored in chrome lacquer, while the trim ring, tip, and cap bear a luxurious golden tint.

If you want to truly let your creative juice flow, you should consider getting this brush pen set from Sakura. As the name implies, these pens don’t have fixed tips. Instead, they have brushes that can write various lettering styles by alternating the pressure.

The best thing about Sakura’s ink is that it doesn’t fade or bleed through the paper. It also resists water, which makes it perfect for making permanent art.

Which Pen Type Should You Choose?

Choosing a pen depends merely on your personal preferences. If you have the necessary skills, you can write beautiful cursive writing with any pen. However, there are some points you should consider before making a purchase.

It’s extremely important to know the characteristics of the ink you’re using since this directly affects how your writing looks.

Fountain pen inks are usually watery. Their light consistency is what makes those pens flow over the paper flawlessly. On the downside, this consistency usually takes time to dry. And if used with thin paper, it’ll be more likely to bleed through.

Ballpoint inks are the exact opposite. They’re typically made of a thick paste that dries almost immediately. But most writers don’t like the fact that you have to press down firmly in order for the ink to flow. This is particularly bad for cursive writing because it tenses your hand.

If you want something moderate, go for rollerball inks. Since they’re gel-based, they won’t be too light or too thick.

The Best Pen for Cursive Writing

Choosing to write in cursive is no mean feat — you’ll be participating in reviving a definitely charming art.

The most important tool you can have is the best pen for writing in cursive!  Each of these pens has unique features, and you can’t go wrong with any of these top choices.

Let’s take a look at these pens for script writing one more time:

For me, I think that  is the best pen for cursive writing. With its unique nib, beginners can forget about those annoying ink spills, and it is an all around fantastic fountain pen.

If you’re a true beginner, then consider the easy to use (and easy to write with) Pilot V Pen (Varsity) Disposable Fountain Pens.

If the idea of liquid ink just doesn’t appeal to you, consider the Cross Bailey Black Lacquer Ballpoint Pen, which is one of the best ballpoint pens around.

If you’re stuck between a fountain pen and a ballpoint pen, get the best of both worlds with the amazon link=”B0089TV81E” title=”Cross Bailey Medalist Selectip Rollerball Pen” /].

Last but not least is the Sakura 38062 Pigma Brush Pen Set that comes with eight different colors if you are feeling artistic.

No matter which you choose, you’ll be writing in cursive in no time!

The Best Fountain Pen for Journaling

Finding the Best Fountain Pen Under 100